Zero emissons? A vacuous and implausible slogan from Glasgow. This sounds like there will be no waste whatsoever, and yet what form of energy provides no waste? Energy is fundamentally heat. Physics tells us that for every reaction there is an equal and opposite reaction. So if we are going to reduce to zero emissions does that mean a world filled with spent batteries and dangerous nuclear power stations (both big and small)? Even though these technologies might not produce CO2 they are likely to produce waste that is just as bad if not worse. Hey, Fukushima anybody? 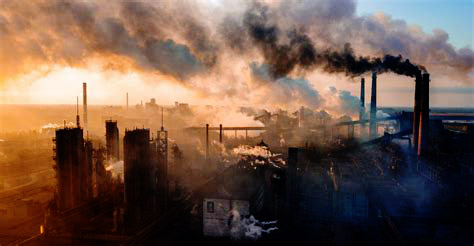 Zero emissions? If there is no waste, then I posit no energy is generated. Ah, you say, both wave and wind power are free and clean – or they would seem to be – but won't all that wind and sea movement created to keeping all the world's transport on the move (and everything else) slow down the spin of the Earth? The more this free energy is utilised, the sooner the consequencies beome known. Let's hope such imaginings are wrong.

Can anyone genuinely see the world in 2050 not still using masses of energy? For half a century the governments have been banking on the blossoming of nuclear fission, but its petals stay closed, it keeps its secrets hidden.  Regardless of that, it would be prohibitively expensive and it's safety has certainly not been assured. It could go spectacularly wrong and destroy the Earth before climate change does.

Isn't Glasgow really all about selling our climate change tech to small countries? "Britain is a green country and we can sell you our high tech solar panels", etc. Yet everyone knows it's the big countries that are creating the carbon emissions that is creating the run on global temperatures that are causing the little countries to be overrun by the rising sea. But, as always, Britain is very keen to sell our technology to our old Commonwealth chums.

SInce the 50s there has been much talk of trillions of dollars raised, or carbon capture and carbon trading. I admire anyone or any organisation that is working on better technologies but I have to say it's getting awfully late. I cry when I see so many forests in the Americas being burnt for fuel – and this evil trend is growing globally. Biomass is a total con and is a totally inefficient way of creating energy. It is mind blowing to think they can sell us the idea of 'burning trees' (the lungs of the world) as 'Green' and 'sustainable. The fastest growing trees take decades to grow. I see the horror show coming – it's aready taken root – privatise the forests and burn them. Big profits. Take the green grants from the 'clean' government and poison the community in the process. Just look at the history of corporations and their care of the environment over the past half a century. The biggest corporations have a single mind – profit. They don't give a damn about the externalities of their deals.

Most of this talk of carbon capture etc is suitable for landfill. Perhaps the ruling elite have free energy machines they can roll out for the dangerous times we approach tomorrow. Let's hope so.

The biggest problem with all these earnest voices in Glasgow is that they do not mention the dying elephant in the room. Yes, that the elephant is dying. The 'greenies' at the conference have lots of sadness and angst about what is happening, but NO ONE KNOWS THE SOLUTION. When you look at the power generated all over the world in a single day it is utterly PHENOMENAL!!! The human race is totally addicted to the heavyweights of coal, steam, oil, gas and nuclear; addicted to energy.

When at the crossroads in the late 1700s, the human race headed the wrong way; down the road to the Industrial Revolution. Now that revolution has accelerated virtually out of control and we are paying for that decision.

Yes, our corporate leaders do not have a solution so they pile on the greenwashing and make more and more profit, while the decline of our beautiful Earth, the existence of our wildlife (and our dying elephant), flora and fauna, and ultimately our survival in it accelerates past any tipping point. An Easter Island scenario applied to the whole Earth.

Even the most ardent, commited Green advocate will admit there are no easy answers to such a vast problem. The people in power know we should stop the Industrial Revolution, but have no idea how to go about it. Paradoxically, for unborn humans to survive it requires existing humans to stop raping the Earth. It requires a collosal decline in energy and resource usage now. How are we going to achieve that? Any politician suggesting such a thing would get voted out. We are in considerable peril.