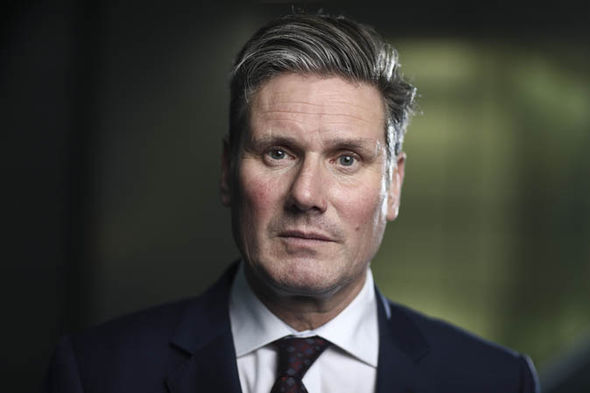 you have absolutely no need to thank me for “putting my trust in you” as nothing could be further from the truth and, in fact, I cancelled my DD within 10 minutes of learning the result.

I must say that it has been an extraordinary and enlightening few years. I have now learnt that the two things you are not allowed to be in a “democratic socialist party” are democratic or socialist. War criminal or friend to Russian oligarchs and paedophile pimps, no problem.

Equally, I have learnt that the bulk of the PLP are vile, self-serving, self-entitled vacuous nonentities who would shame a convention of professional fraudsters. At last, and to my great relief, I don’t have to sacrifice my own integrity by having any connection whatsoever with the likes of Tom Watson, Wes Streeting, Ian Austin (God help us all), Margaret Hodge, John Mann, Louise Ellman, Joan Ryan, Jess Phillips (giving Hazel Blears a run for her money in the most objectionable female ever to sully the Party in the unspeakable futility and vacuity stakes).

I could go on at great length but I’m sure you get the picture. The Labour Party had one chance and one chance only to save itself from the terminal death spiral it was determined to pursue. And for nothing other than the very narrow self interest of the utterly useless but pernicious degenerates who mainly populate the Labour benches, you have eschewed that chance and destroyed the hopes of the majority who you pretend to represent. The Labour Party is now an embodiment of ignominy and a rancid, noisome, rotting, corpse that needs burying, for the sake of human decency, as soon as possible.

Believe me when I state that I would far rather not be in a position to say “told you so” but your collective lack of imagination and integrity and inability to learn anything from experience means that that is an inevitability. We are now expected to return to the merry go round of blue Tory, red Tory and be content with that?

The year 1997 is long gone and is not coming back. The world is careering towards a dystopian nightmare, the like of which has rarely if ever been seen, and what do the likes of you and your colleagues have to offer as a solution? Do you really believe that cretins of the calibre of those mentioned above (and many others beside) have the slightest idea how the coming storms can be negotiated or ameliorated? Do you really?

One of my earliest politically informative experiences, one that motivated me to be a socialist, was learning about the Holocaust. The most crucial lesson I took from that awareness was that the completely irrational nature of that horrific stain on humanity’s history meant that any of us, in the right circumstances, could similarly be victimised. And, equally importantly, any of us could be the victimisers.

The fact, for example, that in the instance of the Holocaust, Jews were the primary (but not only) victims does not for one moment mean that Jewish communities could not themselves harbour racists in their midst. And your “friends” in the BoD, the JLM and the LFoI, in their unswerving promotion and support for the definitive racism that is Zionism, seem to be determined to prove the second point.

The Holocaust wasn’t deplorable because it was Jews who were victims it was deplorable because they were human beings. It may have been the greatest crime in history but it has some stiff competition for that accolade. Or perhaps you have never troubled yourselves to look into the reality of black African slavery in the Americas. An obscenity, beyond adequate description, that lasted for hundreds of years. Try visiting the Slavery Museum in Liverpool and see how long you can last without retching with disgust. All racism is equally repugnant and wrong, both morally and factually. But to promote a hierarchy of racism is nothing more than an act of racism in itself.

For the record: Jews, scattered around the world as they are, do not have the right to self determination in Palestine, or any other country in which they are not already residing. The only people who have the right to self-determination in Palestine are the Palestinians, whether they be Jewish, Christian or Muslim. Jews from Europe, North Africa or elsewhere arriving in Palestine, and ethnically cleansing the existing population because they covet their land, are not exercising their self-determination they are exercising colonialism. It may have been unfortunate for the ethno-nationalists of the Zionist movement that they only succeeded at the same time as colonialism had become anathema, but that is tough luck.

Colonialism always was, and still is, an abhorrence, which is quite rightly now spurned as completely unacceptable. Using the argument that Jews are uniquely singled out to be denied the same right to exercise their self-determination as other people is an offensive absurdity when their “self-determination” depends upon the ethnic cleansing of the long existing population. To pretend that objections to the Zionist takeover of Palestine must solely be motivated by antisemitism is offensive in the extreme. Or, to further the analogy, which black or brown people would you deem to be acceptable targets for ethnic cleansing in order to provide for the self-determination of Gypsies, Roma or Jehovah’s Witnesses? All of whom were also targeted by the Nazis and still endure widespread discrimination and persecution.

I don’t really believe that you Sir Keir (genuflecting while typing), with your “forensic” mind, need to have explained to you why two wrongs don’t make a right. So I can only conclude that your shameful grovelling to the racist Board of Deputies is an acute demonstration of your utter bad faith.  But why talk of shame where there is no conscience?

I have to admit that the apparatchiks and core of the PLP are certainly on trend with their adoption and promotion of the black is white, up is down, war is peace narratives that are so de rigueur these days.  The two of you may not have been the most prominent culprits in the obsessive and deranged campaign to destroy the most decent man in political life, for a generation at least, to endlessly accuse a lifelong campaigner against racism of embodying the most egregious racism, to attack good, Jewish, socialists for being antisemites (risible if it weren’t so serious) but I think it safe to say that your low profile on the issues was motivated more by an eye on the main chance rather than a matter of any principle.

Principle, in this context? Don’t be ridiculous. The world is in an extremely precarious state, the future will not be pretty if we continue with this current trajectory. What we definitely do not need is the likes of you two, David Miliband, Tony Blair, Peter Mandelson and all their cronies who infest the Party (in particular its machine and the bulk of the PLP) with their arrogant, self-entitled, mendacious inversion of the truth, to assume control of the political discourse at the expense of truth and social justice.

I really am perplexed as to where you think you’ll be going with this. You will never win back Scotland, “northern heartlands” – forget it. You’re obviously banking on once again being allowed to be the Tory B team while the real article regroups and refreshes for its next assault on society. In this triumphally Goebbelian era, it is actually you who are the racists, you who are utterly indifferent to the truth. Faux outrage about racism is just a tool that can be used to smear socialists into silence and oblivion.

I think you Sir, knight of the realm, forensically minded Keir (genuflecting etc) must be delighted with the hearty endorsement of George Osborne; what an accolade. He certainly believes that the preservation of the status quo is firmly secured. And who could argue with that? The Labour Party is now dead, it has ceased to be, it is bereft of life. You and your fellow travellers disgust me and it is time you PASOKed right off! “Put my trust in you”? You certainly have a warped sense of humour, I’ll grant you that much!

———-
I was sent this letter out of the blue from Bronagh Wilson, who lives in the north of Ireland. Ireland, like Palestine and India, was the victim of British colonialism and its favourite ‘solution’ – Partition. In the words of Ronald Storrs, “the first military governor of Palestine since Pontius Pilate” (his words) a Jewish state would be a “little loyal Jewish Ulster in a sea of potentially hostile Arabism”. Tony Greenstein