He is a hero, not a villain 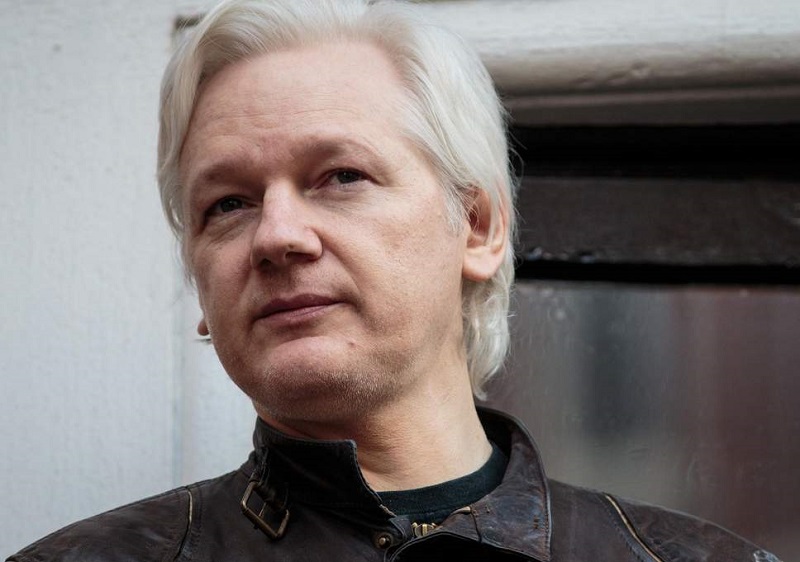 Why are leaks about the British ambassador to Washington a matter of press freedom and leaks from Julian Assange a matter for the courts?

The Mail on Sunday published an agenda-setting front-page story revealing the contents of diplomatic telegrams – “DipTels” – despatched to London by the British ambassador to the United States of America. The memos described President Trump’s administration as “inept” and the president himself as “uniquely dysfunctional”.

All hell broke loose. The May government announced an official leak inquiry. The Metropolitan Police launched a criminal investigation. The intelligence services got involved.

The Metropolitan Police assistant commissioner Neil Basu warned the press not to publish any further documents as this could “constitute a criminal offence”. The Mail on Sunday paid no attention. It published further leaks and other papers came to its support. So did politicians. Tory leadership candidates Boris Johnson and Jeremy Hunt were among those who criticised Basu’s comments.

Hunt, who was then foreign secretary, said: “I defend to the hilt the right of the press to publish those leaks if they receive them and judge them to be in the public interest.

”In a letter to The Times, Conservative MP David Davis was even more scathing. He called for Basu to be removed from the investigation into the leak and replaced by an officer “who puts preservation of our free press ahead of protection of the state’s reputation”.

Meanwhile, that leaker-in-chief Julian Assange continued to languish in Belmarsh prison, where he is serving 50 weeks for skipping bail. Assange took refuge in Ecuador’s London embassy in 2012 to avoid the risk of extradition to the United States. The WikiLeaks co-founder faces an extradition request from the United States on federal espionage charges. There is a real threat that the UK will grant it. This looks to me like a monstrous case of double standards, even by the ocean-going standards of Britain’s media/political class.

Julian Assange is a controversial figure, to be sure. Many of those who have dealt with him have found him difficult. But I find myself wondering what exactly the difference is between his alleged crime of publishing leaked US diplomatic cables and the Mail on Sunday’s offence of publishing leaked Foreign Office cables.

Why is Assange treated by the bulk of the British media as a pariah? And the Mail on Sunday as a doughty defender of press freedom? After all, Julian Assange is responsible for breaking more stories than all the rest of us put together.

Here are examples of a tiny handful of the stories he has published or helped to publish – and which any self-respecting reporter would sell his or her grandmother to obtain:

These are stonking good stories, each and every one in the public interest, which we would not know but for Julian Assange. Some of them have exposed the hypocrisy of American foreign policy. Others alleged corporate malpractice. Yet others alleged war crimes.

The ‘myth’ of the Swedish rape charges

It’s no wonder that powerful interests want to see Assange put out of business. It’s less obvious why the British media are on their side. I report a great deal from abroad and, in every country,  I visit, Assange’s indispensable work has cast an astonishing light on the murky relationships between the United States government and local governments.

I was in Beirut 10 years ago when WikiLeaks exposed that Elias Murr, the Lebanese defence minister, was caught red-handed conspiring with the United States of America to facilitate an Israeli invasion in 2008. A marmalade dropper if ever there was one.

The WikiLeaks cables revealed how, over a two-and-a-half-hour lunch with American diplomats, Mr Murr went to the lengths of detailing areas that Israeli jets should hit. He also revealed he had ordered the Lebanese army “not to get involved in any fighting and to fulfil a civil defence role” in the event of an Israeli invasion. The minister’s only reservation was that the invading Israeli forces refrain from attacking Christian areas. Embarrassing to powerful interests, certainly. And another hugely important WikiLeaks story.

Unlike the Mail on Sunday, Assange puts no spin on his leaks. He simply enabled the rest of us to see the cables. Why should he be treated as a criminal? His critics attach special weight to rape charges laid against Assange in Sweden. But it’s important to remember there have never been any “charges” in Sweden.

This is a myth reported literally hundreds of times. There has only ever been a “preliminary investigation” in Sweden looking into allegations of rape. Assange insists that he was always ready to face questioning from Swedish prosecutors in London. But they failed to do so for years.

The Swedes eventually did agree to this and interviewed Assange in November 2016. Six months later, in May 2017, Swedish prosecutors dropped the investigation. His supporters insist he sought refuge in the Ecuadorian embassy not to avoid the Swedish authorities, but to avoid onward extradition to the US. The United Nations Working Group on Arbitrary Detention has also accused the UK of arbitrarily detaining Assange.

And what of the US allegations? Assange faces 18 charges of violating the Espionage Act. He faces a maximum potential sentence of 175 years. By treating Assange as a spy rather than a publisher, US authorities can imprison him without giving him recourse to a public interest defence.

These charges date back to the 2010 leak to WikiLeaks of more than 250,000 US secret documents. These included logs from the wars in Iraq and Afghanistan, as well as diplomatic cables. Chelsea Manning, a former army intelligence analyst, downloaded the files while she was stationed in Iraq before passing them to WikiLeaks. Manning was later convicted under the same Espionage Act for her role in stealing the documents. She served seven years of a 35-year sentence before being released in 2017 when President Barack Obama reduced her sentence during his final days in office.

Initially, the cables were published in redacted form in partnership with international newspapers including The Guardian and The New York Times. However, after WikiLeaks became concerned that the file containing the documents was no longer secure, it released all the unedited documents in September 2011. This decision led to claims that Assange had threatened national security and even endangered lives.

Many critics say publishing the names of undercover sources, as well as journalists, human rights activists and political dissidents from repressive regimes, put lives at risk. I’ve seen no serious evidence that Assange’s leaks caused any such harm. It is equally possible to regard WikiLeaks as a non-profit organisation acting as a middleman, disseminating information and essentially a public service founded by Assange.

One other issue alarms me. The US is asserting the right to prosecute a non-US citizen, not living in the US, not publishing in the US, under US laws. What a frightening precedent. Imagine Saudi Arabia prosecuting a British journalist in London for revealing details of the Jamal Khashoggi murder.

As British prime minister Boris Johnson said about the threats to prosecute the Mail on Sunday: “A prosecution on this basis would amount to an infringement on press freedom and have a chilling effect on public debate.”

A powerful case for the freedom to publish. Can someone please explain why Julian Assange and WikiLeaks and Isabel Oakeshott’s diplomatic cables story in the Mail on Sunday fall into different categories? Journalists across the world are coming under increasing harassment and threat of jail. I don’t believe we can be selective about who we support and who we condemn.
Addional reporting by Jan-Peter Westad

Peter Oborne is political columnist for the Daily Mail and Middle East Eye. He is the author of Wounded Tiger, A History of Cricket in Pakistan and also (with Richard Heller) White on Green, Celebrating the Drama of Pakistan Cricket.
@OborneTweets